At least 74,000 Nebraskans can rest a little bit easier knowing that they are covered by health insurance following the close of the national open enrollment period February 15. The Department of Health and Human Services announced state numbers Wednesday and also reported that over 11.4 million individuals signed up nationwide, surpassing the goal set by the White House in October. 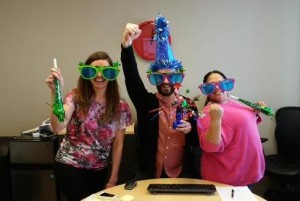 We at Enroll Nebraska want to congratulate the extremely hard-working assisters, the assister organizations, and the individuals who supported enrollment efforts around the state for helping achieve these amazing numbers! And also more than the numbers, the individual lives affected by having quality, affordable coverage.

During the first six-month, open enrollment period Nebraska enrolled over 43,000 individuals. The second open enrollment period garnered nearly double that number and in half the time! It seems clear that Nebraskans want and need the quality, affordable health coverage offered through the Health Insurance Marketplace. 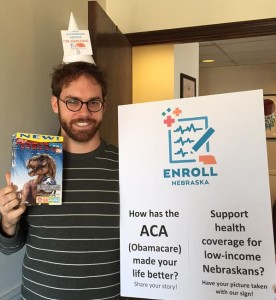 Great work by all assisters, putting in extra hours, holding events into the evening, and showing up on weekends to help get people enrolled!

Another exciting opportunity has just come up with CMS and the Obama administration granting an extended open enrollment period (March 15 – April 30) for individuals to sign up during the height of tax season. People who were unaware of the individual responsibility provision before filing their taxes now have the opportunity to avoid the penalty by signing up for coverage. This is good news for both assisters and the uninsured.

Again, congratulations to the assisters, the enrollees, and Nebraska!  There is great work behind us but much more to come.

← HHS Announces over 32,000 Nebraskans have Signed Up through Marketplace
Still time to Get Covered for the 2015 Tax Season →