Certified Application Counselor urges to get into your community 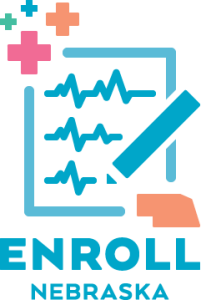 “Let yourself be known out in the community,” says Marlene Cordon, a Certified Application Counselor (CAC) at the East Central District Health Department in Columbus, NE. She and her team of CACs had great success helping people enroll in the Health Insurance Marketplace because they stayed tuned in to the needs of their community.

“We left footprints of information everywhere we went,” she says. This way, everyone knew where to send those who had questions about the Affordable Care Act. But beyond this, Marlene and her team found it crucial to stay mobile and meet people where they already were out in the community in order to spread information and assist them.

“One of the plans at the beginning,” she said, “was to keep our bilingual CACs in one place.” Their rationale was that by having these CACs stay in one location, they would always be on hand if a Spanish speaker came in to the clinic. However, they had to adjust once they realized that many of Spanish-speaking community members do not have access to transportation. They then decided to have a “satellite clinic” in the neighboring community of Schuyler on designated days and times. This also helped them reach English speakers who did not have access to transportation.

For next open enrollment period, Marlene says her team hopes to become even more mobile and focus their efforts on reaching out to rural communities. She said they had some people from rural areas coming in, but knows they could reach a lot more of them if they spent more time in these areas.

Marlene also mentioned they often visit places like public libraries, homeless shelters, Section 8 housing, and plan to do outreach in the public schools over the coming months as well.

In the end, Marlene said it was so rewarding to know that her district contributed to the 8 million people who enrolled nationwide–especially for those who had not had coverage before. Their team is looking forward to making that number grow even more when the next open enrollment period opens on November 15th.