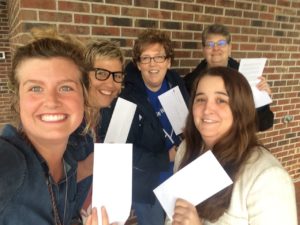 For many Nebraskans, the number 90,000 has quite a resonance. That is the sell-out capacity for supporters packing into Memorial Stadium on chilly Saturdays in the fall ready to cheer on Cornhusker football. But over 90,000 Nebraskans have more than just football to celebrate in 2020. 90,845 Nebraskans have signed up for coverage through the Health Insurance Marketplace during open enrollment for the 2020 benefit year. This is 3,000 more than have ever gotten covered through the Marketplace in Nebraska.

After experiencing a jump in the number of sign-ups from 2014 (43,000) to 2015 (74,000), the number of Nebraskans covered through the Marketplace plateaued at around 88,000 for several years despite Nebraska having lower premium rates than a majority of participating states. For 2019, Medica was the only insurer within Nebraska Marketplace. However, for 2020, Bright Health entered the market and became Nebraska’s newest insurer offering plans across the state. Premium prices fell 7% this year compared to 2019 as well.

This year’s increase along with the recent approval of Medicaid expansion expected to begin later in 2020 will hopefully lead to a continual trend of fewer Nebraskans going without coverage in our state.