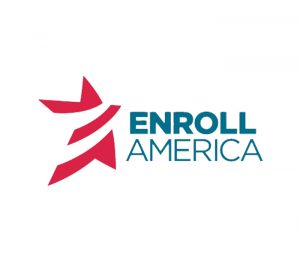 I became the statewide coordinator for the Enroll Nebraska coalition just before the start of the ACA’s second open enrollment period in 2014. The ACA had been through a rocky first enrollment period, and there was much to prove in the upcoming few months.

Looking back, I was lucky to have one of my first meetings with coalition leadership be a strategic planning session led by Enroll America, who had flown in from Washington, D.C., to lend a hand. Over the next three and a half years, I learned again and again the value of this national organization’s support and guidance to our little coalition in Nebraska.

As Enroll America gets closer to sunsetting their organization, I want to take a moment to thank them for their work and acknowledge the huge impact they have had for Enroll Nebraska. I think the best way to share this is to do some major listing. Here goes:

Some may say, “a list huh?, that’s all you got?” And to that I would say, not even close. I just don’t want to ask you to read until your eyes hurt. No kidding.

Enroll America and your lovely staff, I can’t say enough about what a support you have been to us. Thank you for your work and we will do our best to continue the work you’ve trained us to accomplish. Be well!

Enrollment assisters can find Enroll America resources and data saved at Families USA where they will be archived.

Just to be clear, Enroll Nebraska is a coalition led by Nebraska Appleseed. Although we share a first word with Enroll America, we are not a local iteration, franchise, or grantee of that organization. That being said, we will not be passing our torch and closing our doors, like Enroll America will be doing in August, but picking up where Enroll America left off and continuing to enroll people in health coverage as we have been doing for 5 years. I hope this takes care of any confusion.