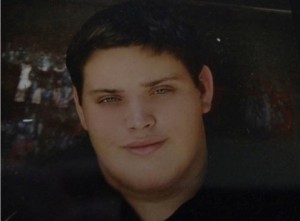 Mike Nellis of Omaha found an affordable coverage plan through the Marketplace.

As October 16th neared, Omaha resident Mike Nellis knew he would not only be celebrating his 26th birthday—he would also lose access to his parents’ health insurance. As a small business owner, Mike couldn’t afford to provide insurance for himself through his company. He knew he would have to seek out options on his own.

Because of the initial difficulties with Healthcare.gov in October, Mike began the process of trying to sign up for private insurance outside the Marketplace. He continually was rejected by insurance companies and not provided with a concrete reason.  During this process, Mike got the flu and was still without insurance, so he wasn’t able to afford to go to a doctor.

When an insurance company outside of the Marketplace did accept him, his only option was a plan that was not affordable. Even with this insurance, he says, “I was afraid to go to the doctor.”

In November, Mike decided to try Healthcare.gov again. The website was working better and he was able to successfully enroll in an affordable plan. He was amazed to discover that his options within the exchange far exceeded any he had found outside the Marketplace.

Based on Mike’s income level, he does not qualify for subsidies. But, even so, the deductible for his Gold plan is only $750, and he pays $280 for his monthly premium.

“I feel very comfortable with what I got,” he says. But he also feels he could have gotten a good enough plan even at the lower levels, if he had wanted to pay less.

To those who have not yet checked out their options on Healthcare.gov, Mike says, “There’s nothing wrong with looking. You’re not agreeing to anything off the bat, [and] I think you will be surprised. I was.”

You still have until March 31st to enroll. Go to Healthcare.gov to see what your options are.