This is a guest post from Enroll Nebraska intern Nathan Klein. 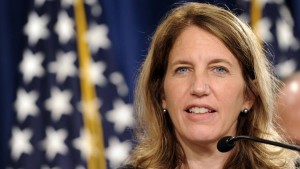 According to the Centers for Medicare and Medicaid Services, about 12.7 million Americans enrolled in private health insurance through the federal and state marketplaces during the 2016 health care enrollment period.

Beginning in mid November and ending on January 31st of this year, the state of Nebraska enrolled a total of 87,835 people. This number is exciting and encouraging, because it surpassed the more than 74,000 Nebraskans who signed up for coverage during the 2014-15 enrollment period and nearly doubles the 44,000 enrollees from the first open enrollment period in 2013-14.

Of the 12.7 million consumers enrolling in Health Care Marketplace nationally, more than 9.6 million came through the federal healthcare.gov web site. U.S. Department of Health and Human Services Secretary Sylvia Burwell stated last week that “the Health Insurance Marketplace is changing people’s lives for the better… the Marketplace is growing and getting stronger and the ACA has become a crucial part of healthcare in America.”

If you missed the deadline for coverage, you may still be eligible for a Special Enrollment Period if you’ve gone through a significant life change.  To learn more, visit healthcare.gov and see if you’re eligible.